A Part of the Web: Why Whale Conservation Should Matter to Everyone 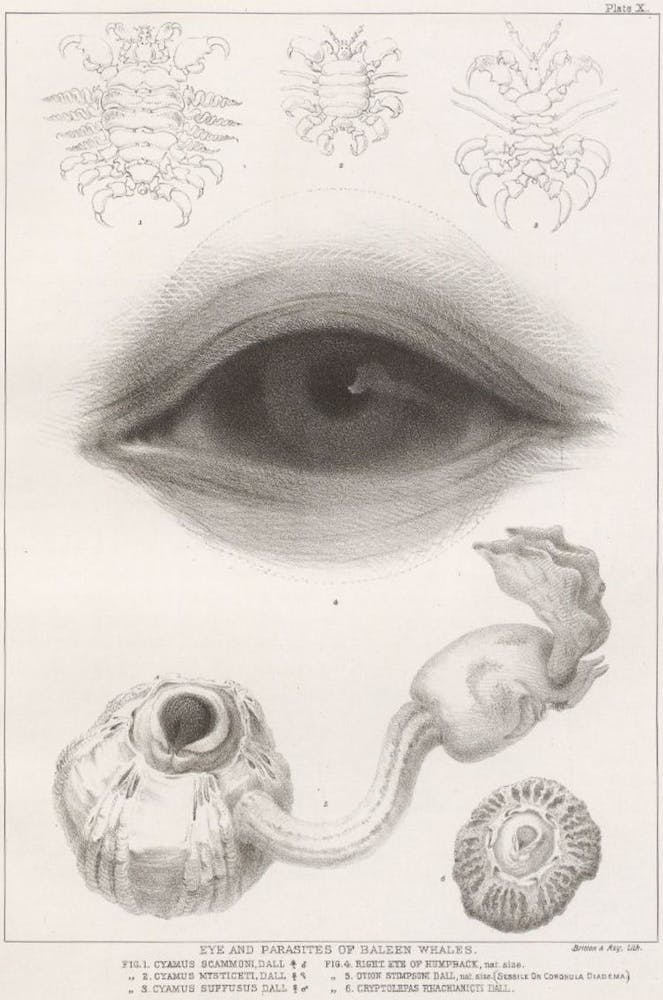 You’re motoring along, the gentle sound of waves lapping against the hull, splish splish splish. Suddenly WHOOOSH!—a whale blows nearby. A fountain shoots up from a dark rubbery head emerging from the shining blue. You’re reminded that these water giants, so perfectly adapted to life in the sea, are air breathers just like you.

And like you, this air breather could drown. That’s one reason why getting tangled in fishing nets has become a major threat to whales.

Cabo Expeditions is working with whale conservationists to counter the threat of net-entangled whales. In our nimble Zodiac boats, we saved three humpback whales in early 2016 from drowning or injury by untangling them from nets. We are the only company in Cabo authorized by the Mexican government to approach these distressed whales.

With their amazing acrobatics and dramatic long white fins, humpbacks are favorites for whale watchers, To see a thirty-ton beast surge out of the sea and do a backflip in mid-air is truly breathtaking!

This female humpback is passing Cabo San Lucas on her way to the warm, protected waters of the Sea of Cortez. She’ll spend the winter giving birth, nursing her calf and breeding again. In the summer she’ll head to her feeding grounds, thousands of miles north.

The Sea of Cortez forms one of the world’s great whale nurseries. Humpbacks, gray whales, and orcas migrate here each winter. Fin and sperm whales live here year-round and blue whales show up here, too. Baja in winter is a true bonanza for whale-watchers!

Famous as the “world’s aquarium,” as Jacques Cousteau named it, the Sea of Cortez is also one of the great fisheries of the world. Over 700 species of marine life make it a biodiversity “hot spot.”

But fishing poses risks to whales during the winter migration. Lost fishing nets and lines entangle whales and other sea animals. Many are injured or drowned. So even though it’s illegal to kill whales, they still need our protection.

The war on whales

The humpback and gray whales here in Cabo survive a tragic history, as do all species of whale. Before commercial whaling took off in the 18th century, millions of whales traveled the watery globe. Their sheer size, numbers and biomass dominated the web of life.

But by 1986, their numbers had fallen at least 66%, perhaps as high as 90%. That was the year an international moratorium on killing whales for money was put in place.

The humpbacks we see in the Sea of Cortez are descendants of the North Pacific population, plundered on a grand scale. Some 15,000 were slaughtered between 1919 and 1987.

Perhaps the goriest story of unbridled mayhem for profit took place in Scammon’s Lagoon. On the Pacific coast of Baja California are tucked three lagoons. They provide a warm, buoyant and protected nursery for thousands of gray whales.

In 1857, the whaler Charles Melville Scammon trapped a pod of gray whales in their haven. It was like shooting fish in a barrel. With exploding grenade harpoons, he killed every whale in the pod, 20 cows. The next year he returned to kill 47 gray whale cows.

His example goaded more whalers to repeat his massacre. In less than 20 years, they killed 10,000 gray whales. Scammon later wrote and illustrated a definitive reference work on Northern Pacific whales of all species.

Eye of a humpback whale, as illustrated in Charles Melville Scammon’s book, The Marine Mammals of the Northwestern Coast of North America.
Source: The Harvard Library

This nightmare of wanton plunder went on around the world, decade after decade. Whale oil lit and lubricated the pre-industrial world. You’d think that when petroleum came along to replace whale oil lamps, whales would be spared. But they were not.

Instead, petroleum mechanized the whaling industry, making it ever more deadly. Whales were simply too profitable, first for the oil and bone, later for fertilizer and animal feed.

By the time the whalers realized they were running out of prey, it was too late. Fifteen whaling nations formed the International Whaling Commission in 1949 to control the catch. But limits and quotas didn’t slow the losses. Whale numbers continued to fall.

With mechanization, it was too easy to kill masses of whales. In 121 years of whaling, the Yankee fishery took about 36,000 sperm whales. But with modern weapons and factory ships, the Soviet and Japanese killed almost that many in the North Pacific in 1968 and 1969 alone.

The U.S. Congress passed the Marine Mammal Protection Act of 1972, but other countries continued to kill whales in huge numbers. Then on July 23, 1982, probably the most important date in the history of whaling, the International Whale Commission voted for a moratorium on all commercial whaling.

Since then, killing whales has been illegal under international law. Three nations grant themselves exemptions to the moratorium and continue to hunt whales – Japan, Norway and Iceland. But the rest of the world has faced the reality of the carnage of an unregulated industry turned loose on a defenseless and profitable creature.

Millions of these gentle giants plowed the seas for millennia, never a threat to humans (in spite of the fictional Moby Dick!). Whale populations —large numbers of hungry, bulky animals— consumed vast quantities of fish and invertebrates. Think of the total effect of their presence in the web of life!

They passed on this energy source as nutrients in their feces, fertilizing the oceans. As prey to large predators, their energy and nutrients spread far and deep. Their bodies even provided habitat for smaller species.

Their sheer size and numbers shaped the oceans into the planet’s great biological engine. The global balance of life has been disrupted by their loss.

Still work to be done to save whales

Ending the killing of whales has not spared the animals from peril. Indirect threats to whales remain: loss of habitat, pollution, boat strikes, and entanglements. Ocean waters are becoming more acid, while noise from ship engines and military sonar can disorient and kill whales and dolphins.
So there’s plenty of work for whale conservation. International public opinion must keep the pressure on illegal whaling.

Habitat loss is a threat to ocean species as well as land. Remember Scammon’s Lagoon? Gray whales still continue to come to those shallow, warm waters to give birth. Although killing whales has been outlawed, the lagoons were still not safe. The Mitsubishi corporation proposed a desalination plant there which could have destroyed the nursery forever.

In March 2000 the Mexican government —under intense pressure from environmentalists— canceled the proposed industrial salt factory at Baja’s Laguna San Ignacio. The surprising decision to scrap the saltworks was a victory for U.S. and Mexican environmental groups.

Today some whale populations are recovering. Humpbacks that come here to Baja are on the rebound. The Northern Pacific gray whale is off the endangered species list.

But some types may never recover. North Atlantic right whales are down to a remnant of 350 individuals. Blue whales are at less than one percent of their original abundance. And West Pacific gray whales in Asia hover on the edge of extinction—barely 100 remain.

Let’s restore the vital place of whales in the ecosystem. Cabo Expeditions counts it a privilege to rescue entangled whales. We hope that international efforts will continue to protect and foster them. We’re proud to make such a direct and personal contribution to the survival of these magnificent marine mammals.